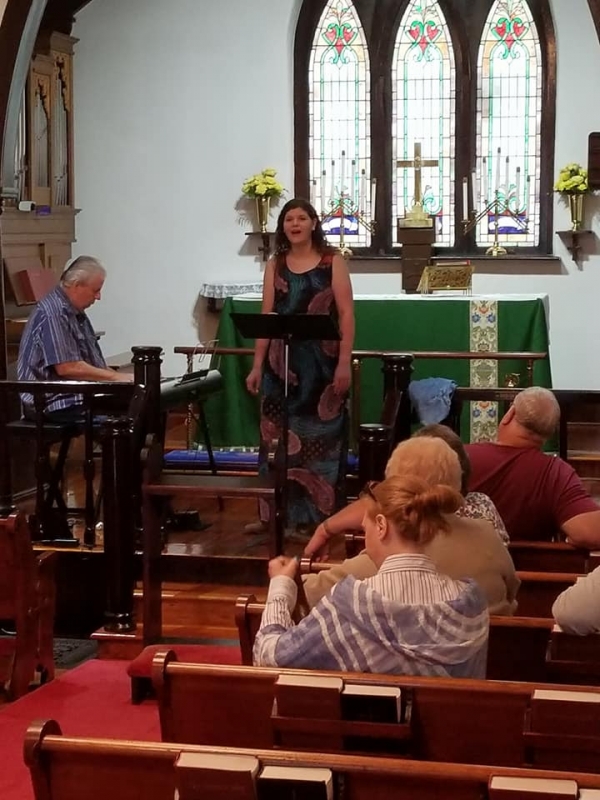 Corporate worship lies at the heart of Trinity’s spiritual life, and music plays an important role in almost all of the worship services that we offer. It is the mission of our music ministry to aid the congregation in offering up praises to God, as well to provide opportunities for those with particular musical talent to make their own special offering.

We are especially fortunate for the individuals who share their talents in singing or playing a musical instrument, led by our organist Ryan Whittington.

“A Chest of Whistles” - That was an early and not very complimentary name for the pipe organ used by those who thought the instrument too vulgar to be in a church. Greek engineer Ctesibius of Alexandria is credited with inventing the organ in the 3rd century B.C. with an ingenious wind supply maintained through water pressure to a set of pipes.

Trinity’s pipe organ is very similar to organs which were built centuries ago and remain still playable today. It was completed and installed in 1993 by the Noack Organ Company of Georgetown, Massachusetts. Fine pipe organs appreciate in value, and ours is no exception. At twenty years of age its replacement would cost well over twice the original price. The action is completely mechanical, with physical connections between the keys and the valves that supply air to pipes through rods called “trackers”. Hence the name “Tracker Organ”. The only use of electricity is by the blower located in the furnace room.

The pipes that can be seen represent the tip of the iceberg. While all of the visible pipes are functional they are but a small portion of the 408 pipes in the organ. Many of those internal pipes are considerably smaller than those in the façade — some as small as pencils. A few are considerably larger, including twelve wooden pipes that range from four to over eight feet in length. The overall sound produced is totally natural and unforced. No amplifiers or speakers are involved.

Our Noack is particularly well-voiced for the room. It supports healthy congregational singing in spite of its small size, and Trinity’s parishioners make a fine vocal match for the musical tones it produces.

Masks are mandatory at all indoor services.

Thank you for supporting the ministries of Trinity Mt. Airy! By using the link below, you can set up a one-time gift or a monthly donation.