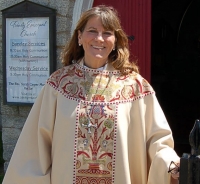 Sarah grew up on a farm near Christiansburg, Va. with her mother and two brothers. She is a cradle Episcopalian growing up at St. Thomas in Christiansburg. She was active in high school sports, drama, and 4-H. Sarah earned her B.A. in Health and Physical Education from Berea College in Kentucky where she also played volleyball and basketball. She received her Master’s in Curriculum Development and Instruction from The University of New Mexico.

She taught school in West Virginia, Virginia, and Germany before attending seminary at the University of the South in Sewanee, TN.

Sarah was a youth minister in Augusta, GA and Richmond, VA. She is a national trainer for the Journey to Adulthood Curriculum and she co-authored the Disciples of Christ 16/20 curriculum for senior high and young adults. During her time as a youth minister, she also led youth pilgrimages to Turkey and Greece; Germany, England and France; Spain; and Scotland.

Sarah was ordained in 2011 and served at Christ Episcopal Church in Pearisburg, VA. While there she has led two youth pilgrimages to Santiago, Spain and Belize. Christ Church has also worked to serve the low-income community in Pearisburg. During that time, she also taught and coached at Eastern Montgomery High School, in Elliston, VA.

Sarah is married to Robert Morris who is Presbyterian Minister at Old Brick Presbyterian Church in Radford, VA and is the director of a campus ministry house called The Shelter at Radford University. 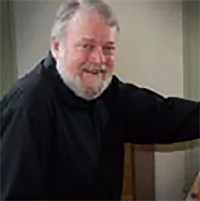 After serving as full-time Minister Through Music at First Baptist Church for 25 years, Larry Keesler became organist and music director at Trinity in 2005.

Larry first began to play piano at age four, and since age eleven he has ministered in various musical capacities at churches in Michigan, Illinois, New York, and North Carolina and working as a guest accompanist/director for the Billy Graham Evangelistic Association in crusades across the United States, Canada and Jamaica.

He now finds great pleasure in accompanying the Trinity congregation and working with our faithful group of choristers. 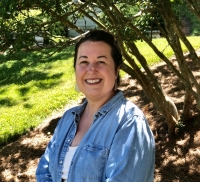 Tobi has served as Trinity's parish secretary since 2006 bringing previous accounting and sales management skills which is an asset to life at Trinity. She attended Woodland Christian School in Winston-Salem and Surry Community College.

Tobi was born and raised in Surry County and lives in Mount Airy with her husband and two sons, Hunter and Walker. She enjoys volunteering at local schools and is a supporter of the Backpack Program which helps provide food for children in need.

Masks are mandatory at all indoor services.

Thank you for supporting the ministries of Trinity Mt. Airy! By using the link below, you can set up a one-time gift or a monthly donation.